The moment I started University in 2008, I joined DGDARC, the Dutch Game Development and Research Club and became an active game development event organiser. We had yearly been organising between 5 and 10 game dev related events such as symposia, excursions, lectures, game jams and so on, but in late 2011, change was upon us.

With the help of one of our teachers, prof. dr. Mark Overmars, we hauled in a 2-year Level Up! subsidiary fund that allowed us to go national and organise events at a much larger scale. This gave me the opportunity to create a network of Dutch (and more recently, international) game dev professionals that still grows daily, in turn causing the scale and reach of our events to grow with us. Below you can find a small selection of the most notable events I’ve organised, or helped organise. rganised by students, for students and the game development industry. Having grown from 250 to over 950 visitors in four years and being as good as sold out every year, it has claimed its place in the Dutch game dev scene and particularly plays a role in stimulating students to network and develop themselves. With speakers from thatgamecompany (Robin Hunicke & Austin Wintory), Obsidian Entertainment (Chris Avellone) and Number None Inc (Jonathan Blow), it draws a large chunk of young students out of their shells. The most recent addition to the conference was an exposition area, giving 60+ game development companies a chance to showcase their games on a 400 square meter expo floor.

I was part of the team for the first four editions, and took responsibility for any public relations, e.g. with our sponsors, press (national & international), the various game development schools in the Netherlands and through the years I have also taken care of the overall finances, overall management, invoicing & informing exhibitors and filling the lecture tracks. I’m a bit of a perfectionist, but the event manages to land on its feet every year!

Co-hosted with the Dutch Game Awards 2015, Control Conference was the third edition of a conference I feel proud to have watched fledge and take flight. In addition to my Awards management duties, I gathered & managed a group of volunteers before, during and after the three day conference. The organisation, crew and venue were wonderful, and I hope there’ll be many years of ConCon to come.

The Dutch Game Awards 2015 are a yearly recurring event in the Netherlands,

where Dutch & Flemish game developers compete for the prestigious Owls — Awards given to the best games developed over the past year. I was asked to be the project manager for the 2015 edition, taking care of the website, entries and organising the jury events on a part-time basis. I learned a lot & discovered I enjoyed taking on new challenges more than I’d ever imagined. As the Dutch Game Awards are co-hosted with Control Conference, this also meant I was again able to assist Control Conference both before and throughout the conference. Netherlands, caused by a quartet of deficiencies; They do not learn to work in multidisciplinary teams, they do not know how to place themselves in the current market, they underestimate the value of a portfolio and they hardly know where to begin to network. My part in these events has now ended, but with the editions I organised, I tried to bring students and companies together in the hope of providing a low barrier entry into the game dev industry, and possibly even allowing for the making of a few intern/internship matches.

Among various excursions, the Octob er ’13 tech-focused Crytek Frankfurt excursion stood out; A one day trip, by car, with 12 Game & Media Technology MSc. and Gametechnology BSc. students, most of whom had never stepped inside a somewhat bigger game dev company before. Situated in an office building with a large population of three piece suits, Crytek felt like home away from home. Common phrase uttered amongst the students – “Oh. So this is possible, too.” 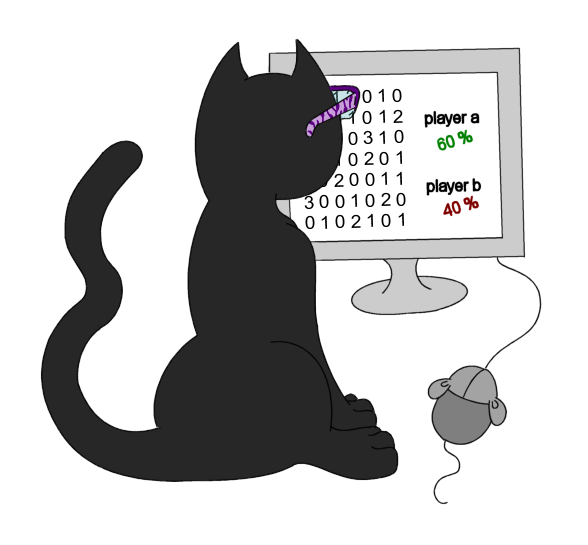